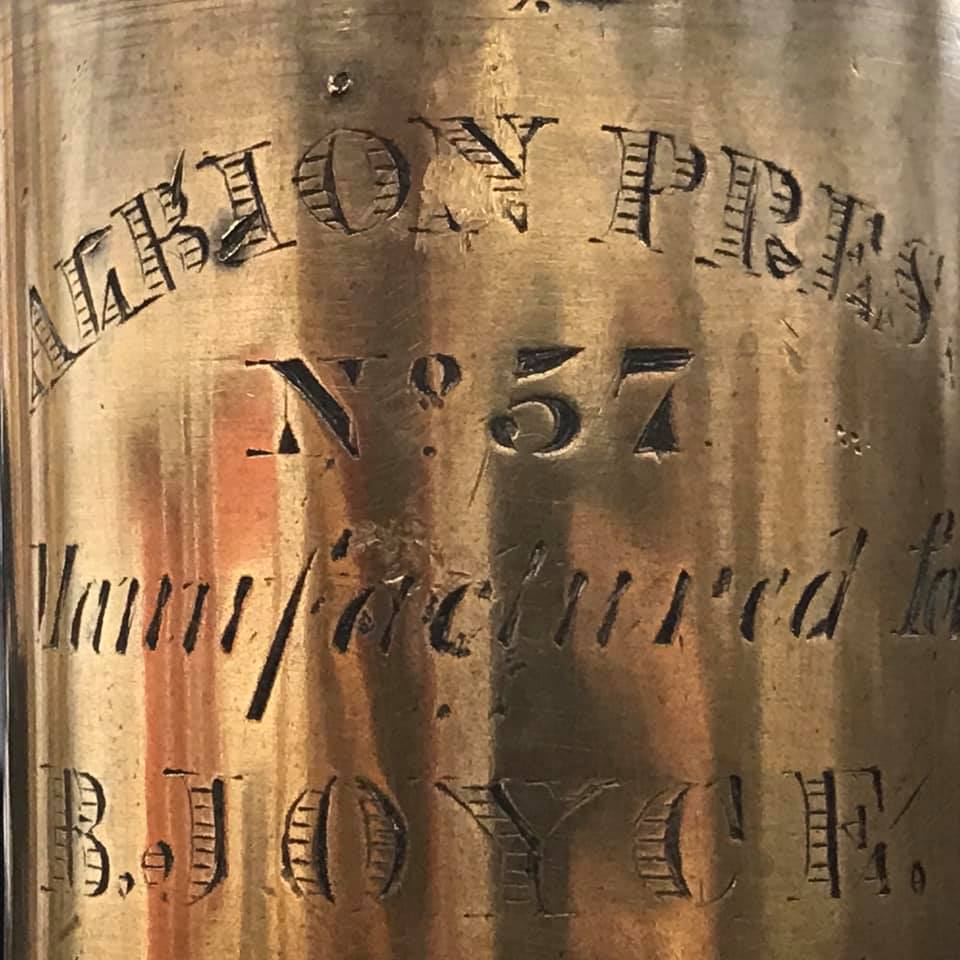 The Albion press is an early iron hand press, originally designed and manufactured in London by Richard Whittaker Cope around 1820.
Albion presses continued to be manufactured until the 1930s, in various sizes, ranging from desktop Quarto size (10″ * 7″) to floor standing Extra Size (42″ * 27″)
From the 1840s onwards Albion presses were manufactured by several other firms both in the UK and abroad.

Our Albion iron hand press was made in 1858. The actual maker is not known. The press was made “for B. Joyce”, a printing equipment manufacturer supplier in London. Most likely, Joyce did not have the facilities to manufacture presses and outsourced the manufacturing.
The press also carries a badge from Harrild&Sons, indicating that the press has at some time been resold and/or serviced by Harrild&Sons.

The Albion press works by a simple toggle action, unlike the complex lever-mechanism of the Columbian press and the Stanhope press.
Most Albion presses use a spring to lift the top platen, but Cope did also make some presses using a counterweight similar to the Columbian press.  Several Albion clones made in continental Europe used a counterweight.  Our LeJeune Albion is an example of this design.