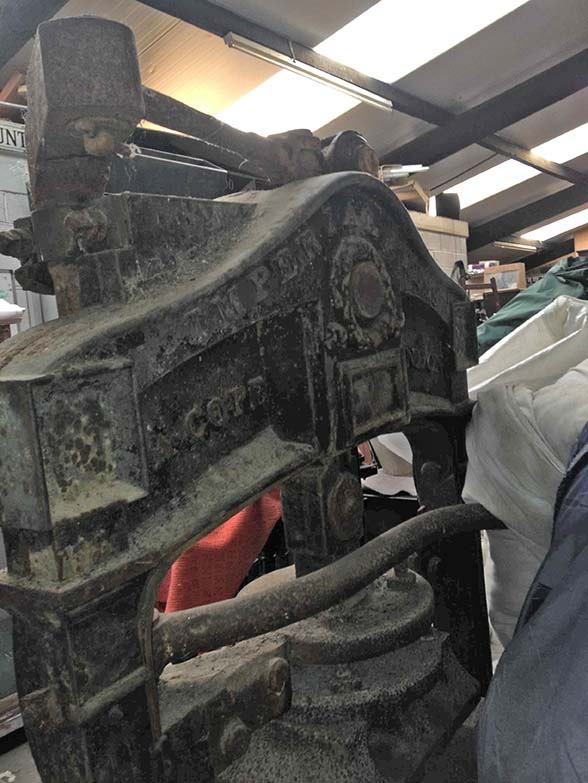 Our press was made in 1852, around the time the partnership between Sherwin and Cope ended.