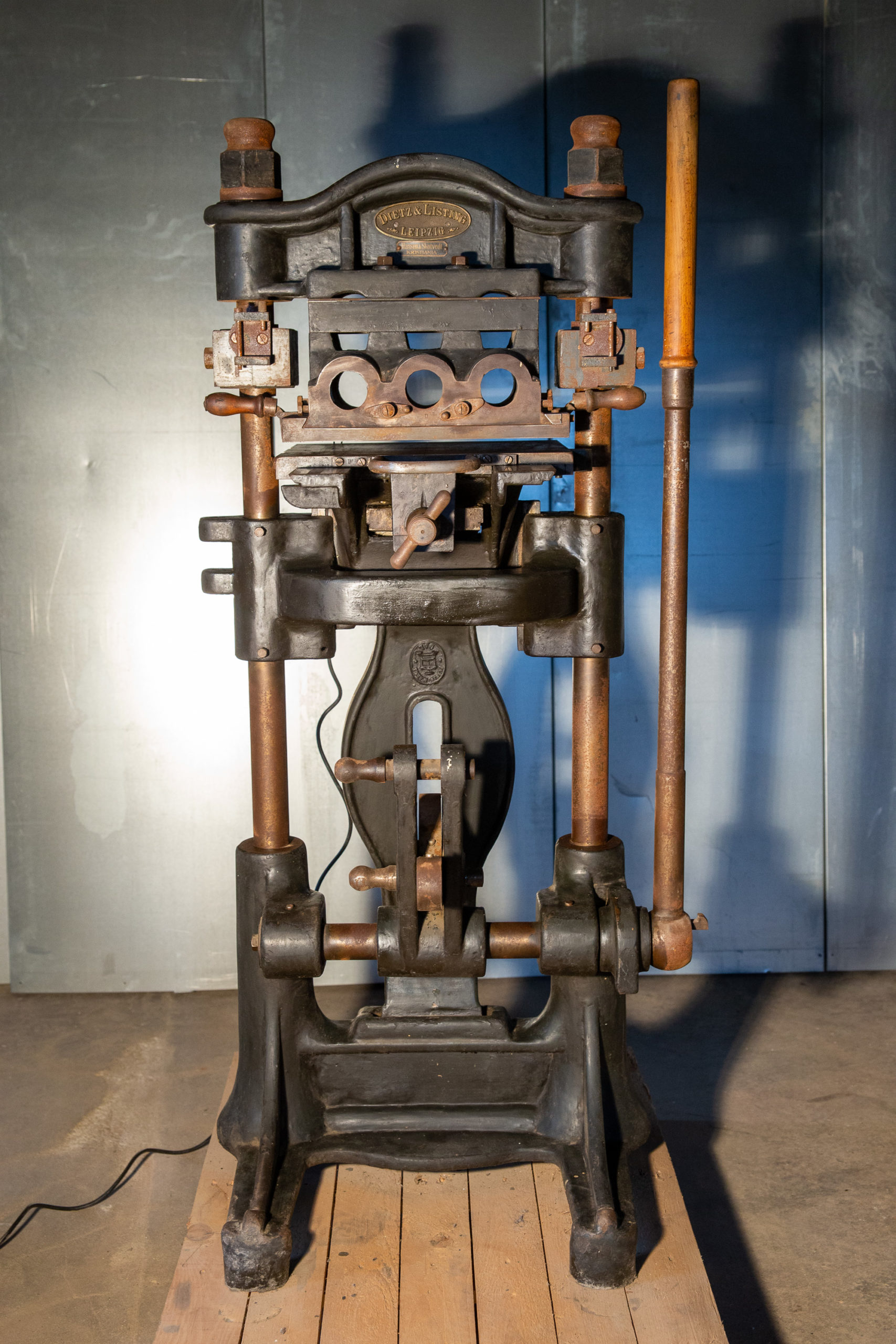 Dietz & Listing Hot Embossing / Hot Stamping Press.  Several German manufacturers made embossing presses based on this toggle mechanism design.  Presses of this kind are used for blind embossing (hot or cold), foil stamping, relief printing and die cutting.
The toggle mechanism is located below the press bed, and moves the press bed rather than the platen.  The distance between the bed and platen can be adjusted by a wedge mechanism between the piston and the press bed.  This press has an electrical heating element in the platen. Other variants used steam, gas, or heated metal rods as heat source.

We also have a similar Krause press, without heating; and a British made Imperial arming press for hot foil printing.

The exact age of our Dietz & Listing hot embossing press is not known, but the supplier’s name plate indicates that it was delivered some time between September 1906, when the company “Hansen & Skotvedt” was established, and March 1912, when the company name was changed to “Oscar Skotvedt A/S”.