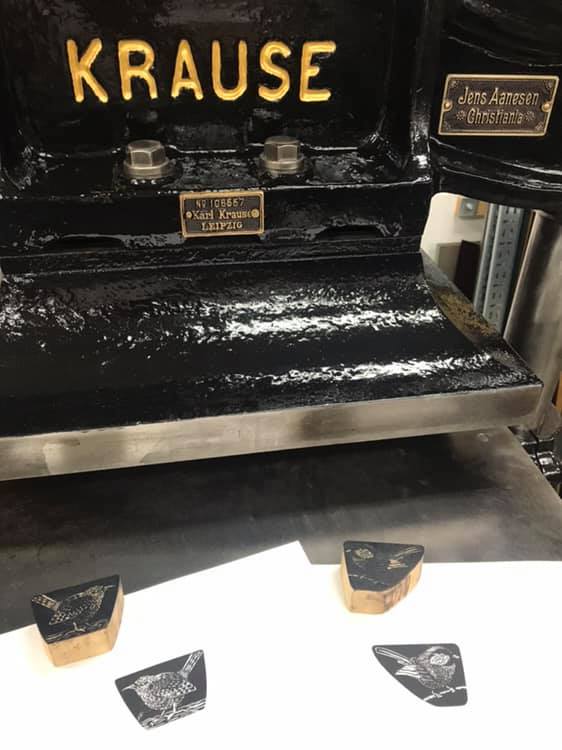 We also have a similar Dietz & Listing press with electric heating; and a British made Imperial arming press for hot foil printing.

The press’ name plate does not state the year of manufacture but can be dated based on the serial number.  Preserved documents from the Krause factory shows that machines with serial numbers from 104400 up to 109900 were manufactured in 1908.