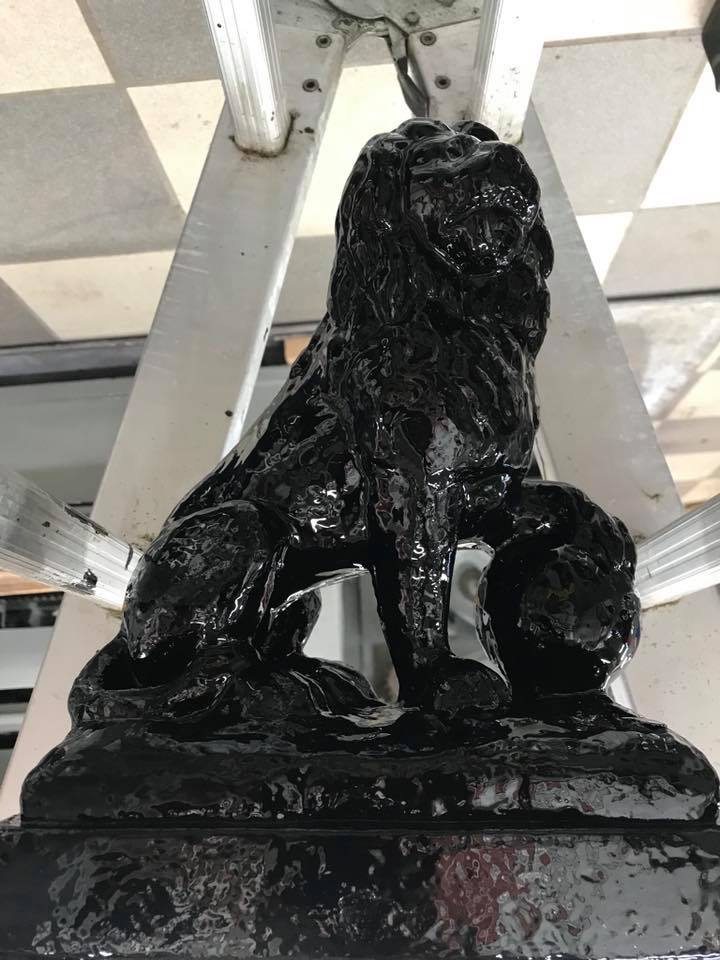 Our press was missing the name plates when we got it, and the press parts does not have any identifying information, like manufacturer name, serial number or build year.  Many UK press makers did stamp many of the press parts, but this practice seems to have been a lot less common on the continent.  The press can still be identified with reasonable certainty as a LeJeune iron hand press, by the Leo Belgicus counterweight and the the distinct ornamentation on the press staple and counterweight lever.